A major deviation in the Jet Stream on Saturday brought unseasonably warm weather all the way from the Azores which made this mid-November Rally very pleasant indeed.

It was so warm even I turned up.

There had been a bit of a flap when word got round that the winch at Cobnor was U.S. (again) but things calmed down when we realised we'd be mob-handed.

Mary Dooly had recently bought a Welsford Scamp and had enlisted Tom and CW to help her sort out all the bits of string.

There was a bit of debate about how best to get the Scamp off the trailer without submerging the bearings but after not much thought Tom and I lifted the tow hitch and she slid gracefully and effortlessly into the water.

There was a good turnout of boats with Steve Justin and David launching from Itchenor and Mary with Chris Waite as crew, Mike and Sarah Curtis in their Morbic12 and Tom in his Otter and myself all launching at Cobnor.

The wind was as forecast SE 3-4 which made for an easy reach up towards Five Pipe Island then up Thorney Channel with the last of the flood towards the lunch stop on the cozy shingle beach below the marina.   Steve, Tom, and David had taken the shortcut across the "Northwest Passage" but everyone took the long way round on the way back as the tide had turned and the grass had grown above the water level again.

I didn't get back early enough to see the Scamp being recovered but apparently it had gone as smoothly as the launch with Mary's car pressed into tow-truck duties.

Owners of small cruisers should take note, a well sorted trailer is worth its weight.

Thanks to Tom for the some of the photos, and a mental note to self to tidy up the reefing on Sistership.

A Grand Day Out. 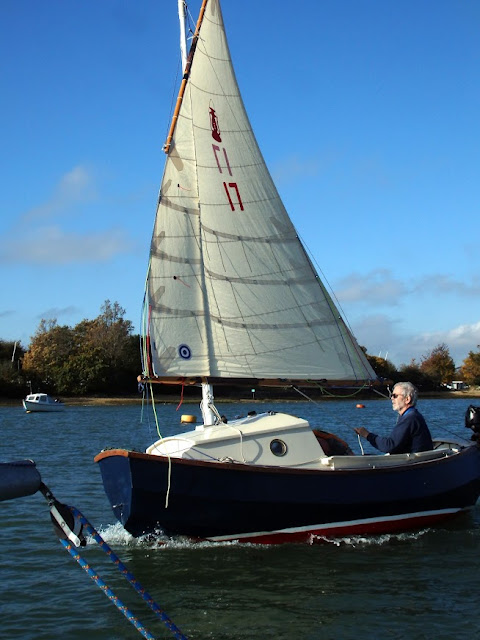 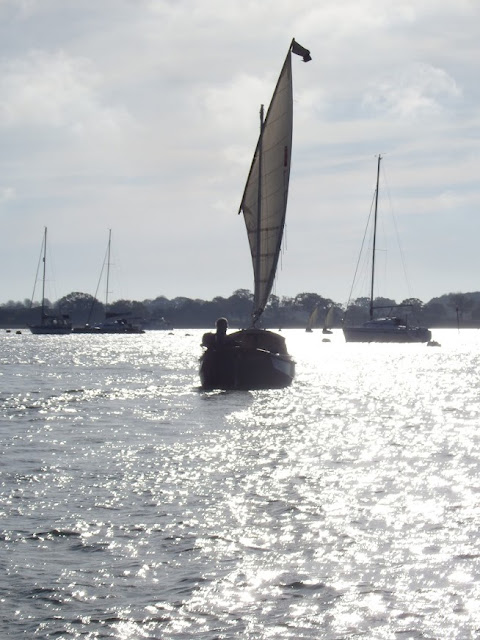 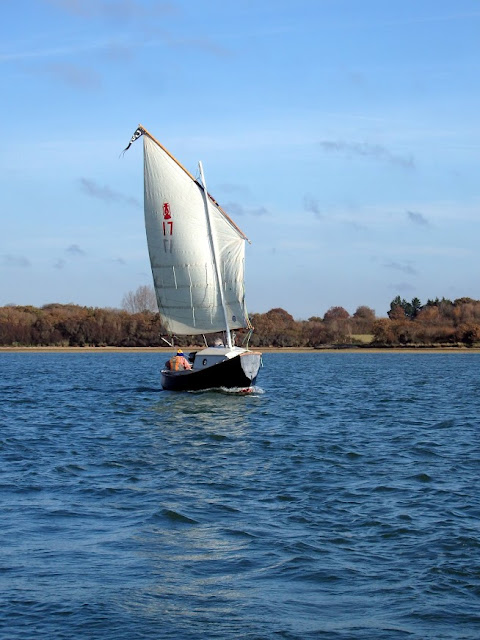 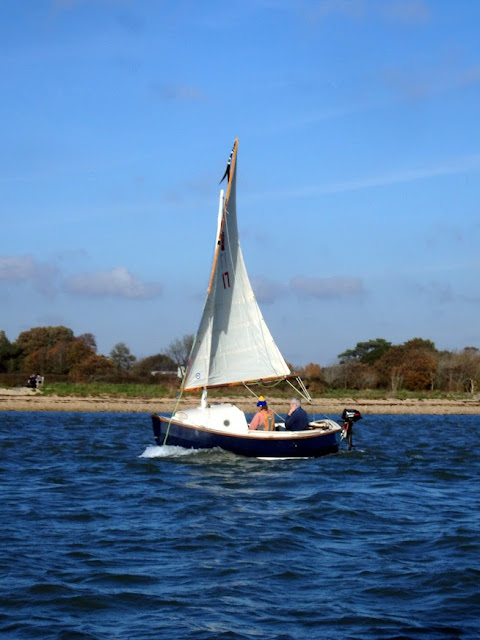 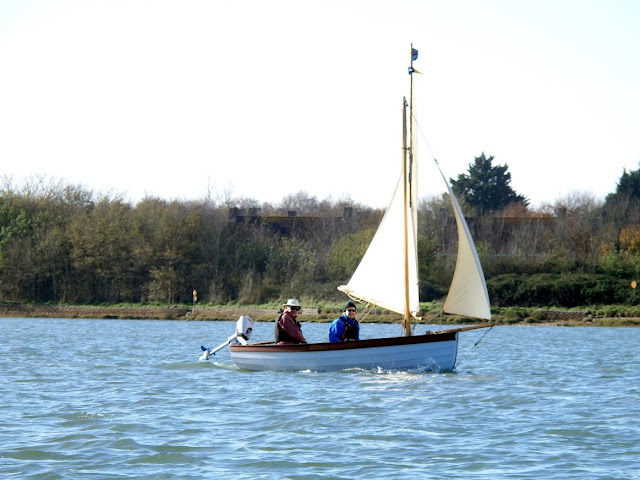 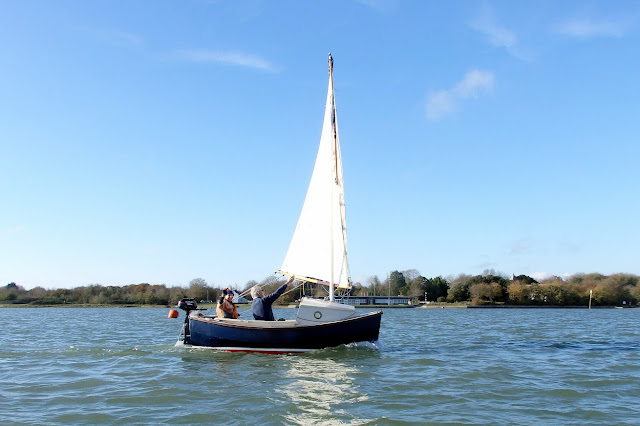 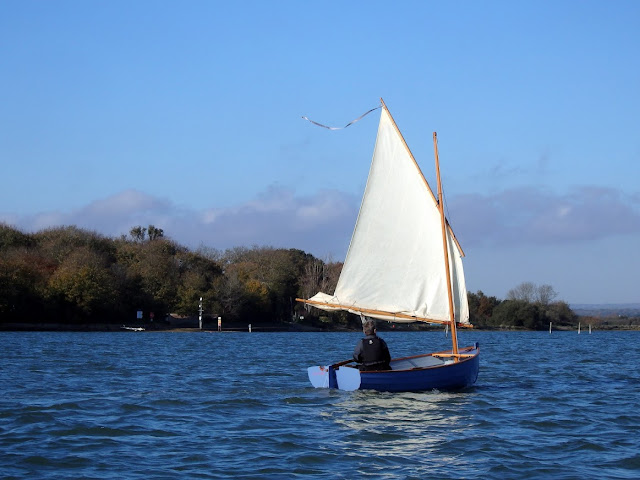 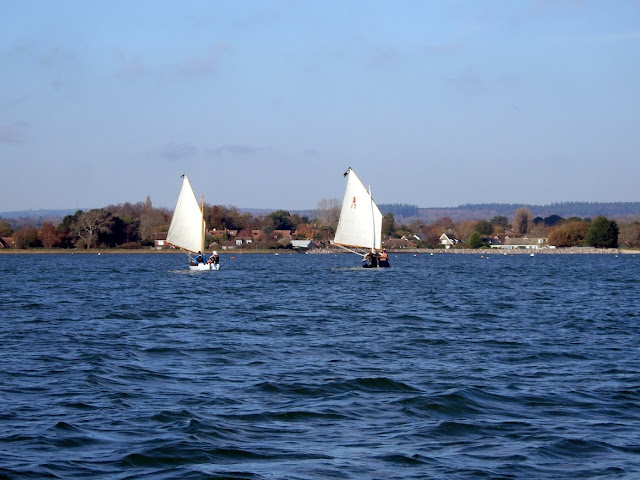 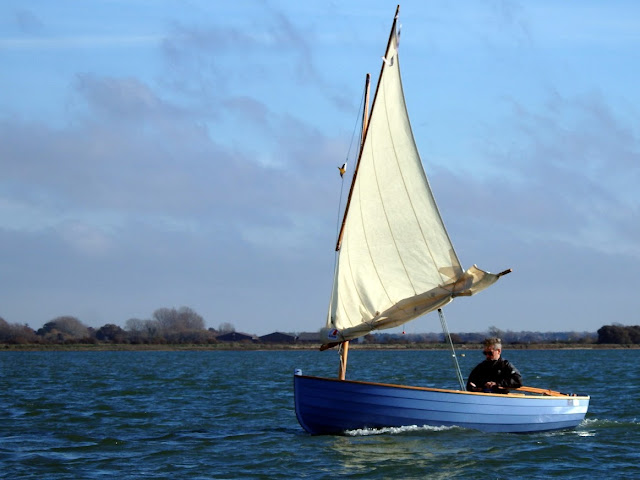 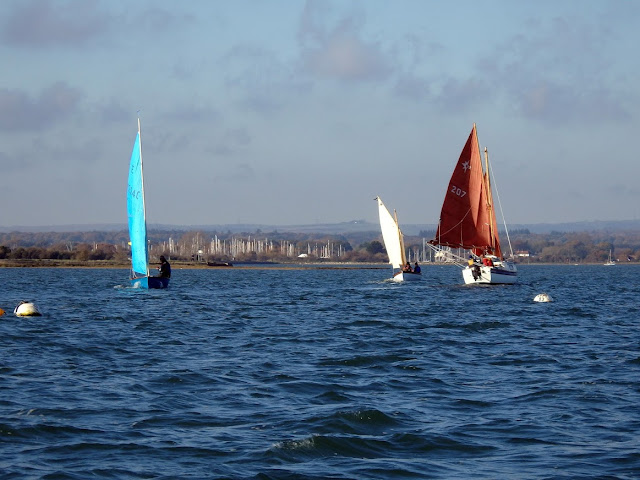 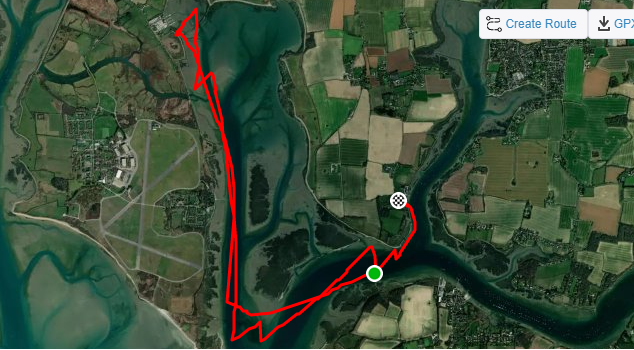