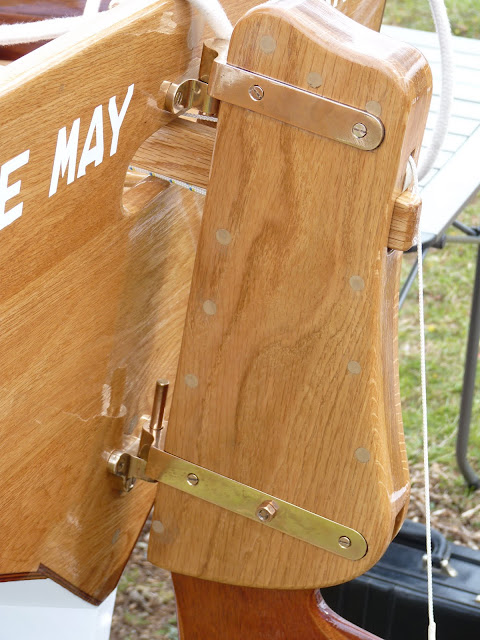 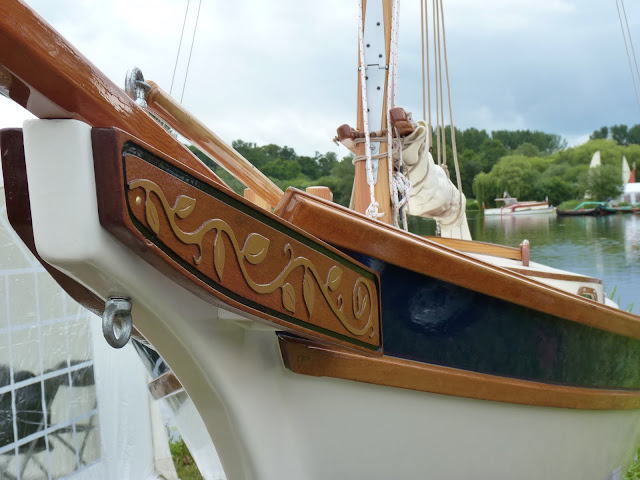 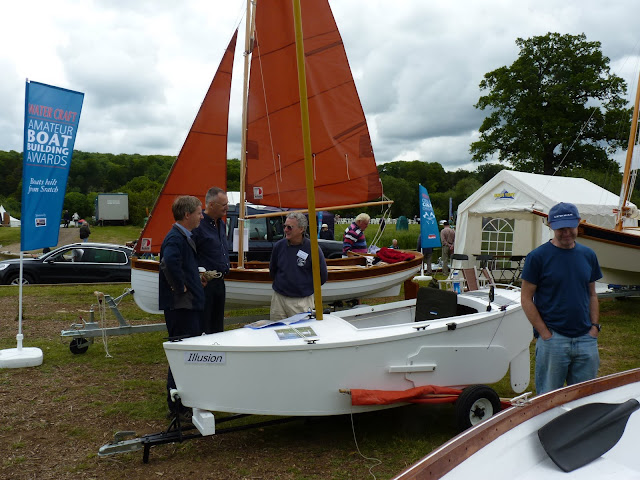 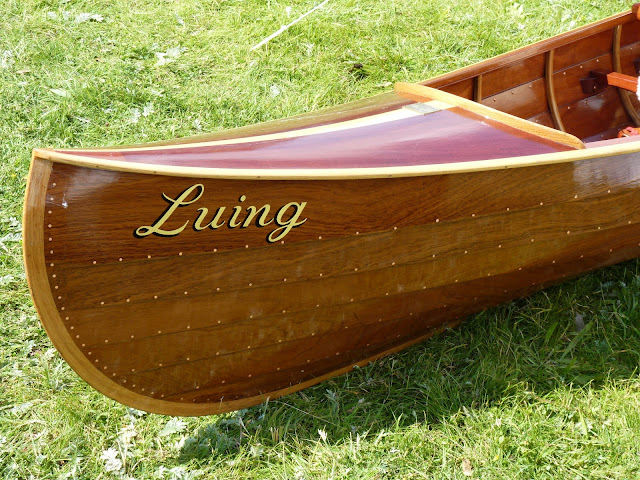 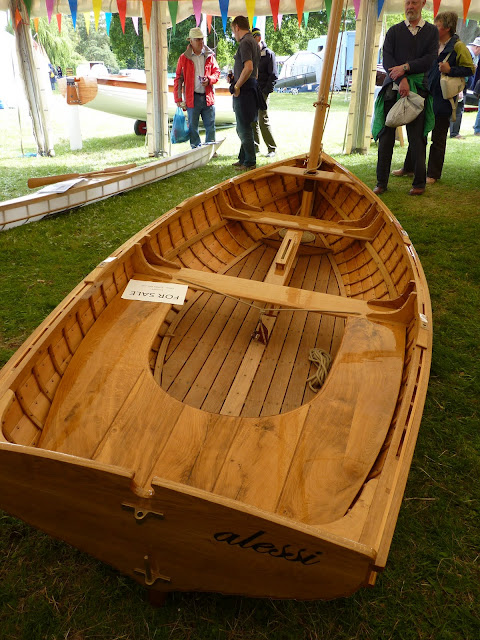 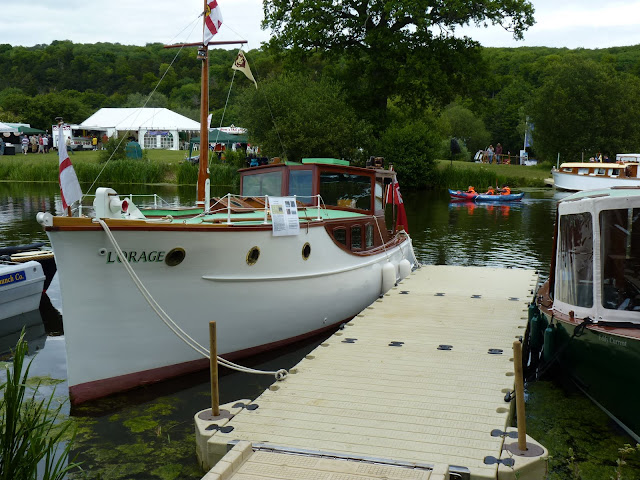 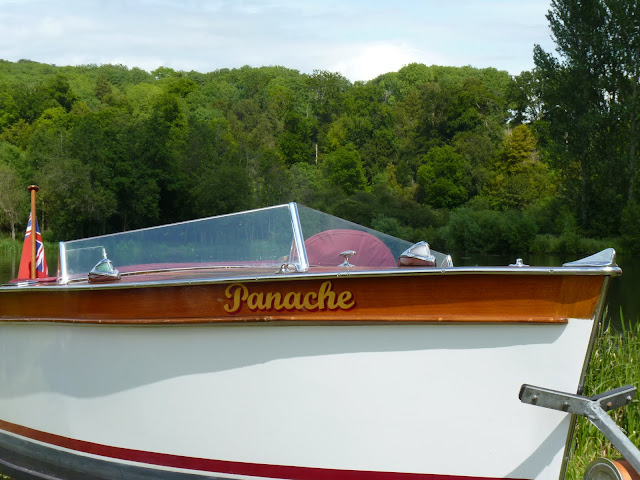 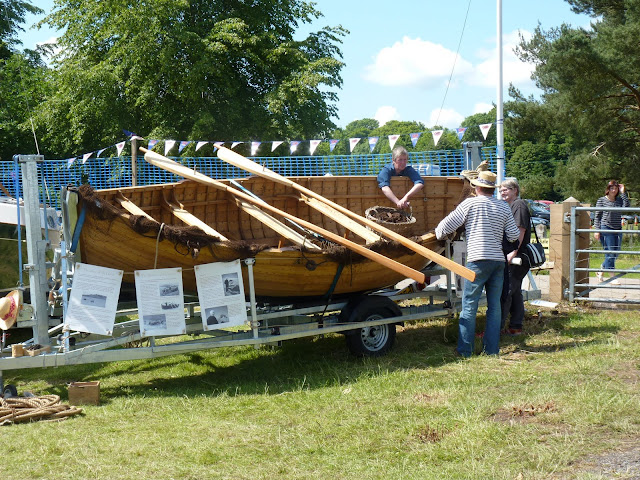 This year there was a new attraction at the Beale Park Boat Show.
The Cordless Canoe Challenge.
Entries were invited for boats powered by cordless power tools, and about a dozen boats turned up to take on the challenge. Some were sublime while some were frankly ridiculous but all of them showed how ingenious people can be, and how many ways there are to solve a particular problem.

This short video was made during the early heats on the Saturday when the sun was still shining and shows the breadth of designs entered, including Ayrspeed the paddle wheel entry from Slade Penoyre of the Amature Yacht Research Society, Jo Moran's skin on frame geodesic canoe, and Tobias Vokhul's sublime King Canute.


WaterCraft ensured the entire event was filmed for posterity and you can see it here, intruduced by the illustrious ed Pete Greenfield
Notice the dramatic change in the weather on Sunday when those indominatable guys from the UK-HBBR were getting ready to set off on the Thames raid II.
Only in England my friends............................
at June 26, 2011 1 comment:

The winner takes it all.

We're back!
Its been a busy week.

Firstly there was Beale Park Boat Show with,
not only,
the WaterCraft Amateur Boat Building Awards (ABBA)
but also,
the Cordless Canoe Challenge,
plus all the usual sights to see at England's premier Boat Show for "Proper Boats".
Then there was the HBBR Thames Raid part two,
from Pangbourne to Walton-on-Thames over five days.
So plenty to report over the next few days.
Above is John Milnes' immaculate Iain Oughtred designed Tammie Norrie. 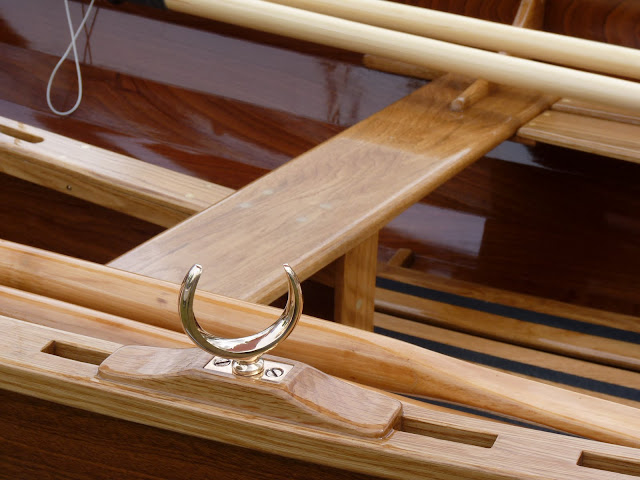 John's boat took the prize for "most professional looking boat" and well deserved it was too! 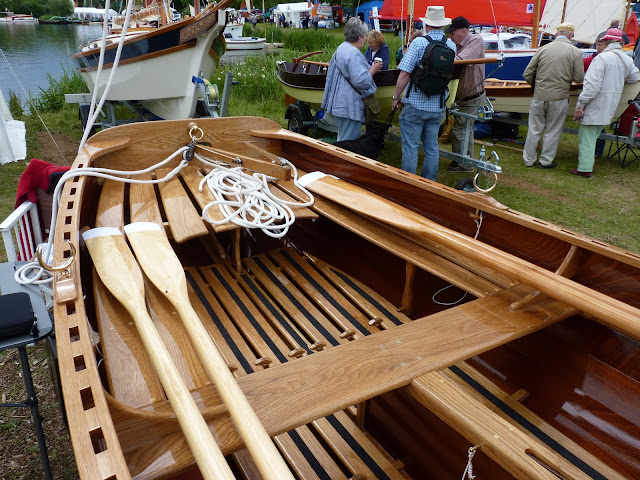 John is a retired nuclear submarine captain and told us his next build might be a wooden sub, "its really just a big barrel". 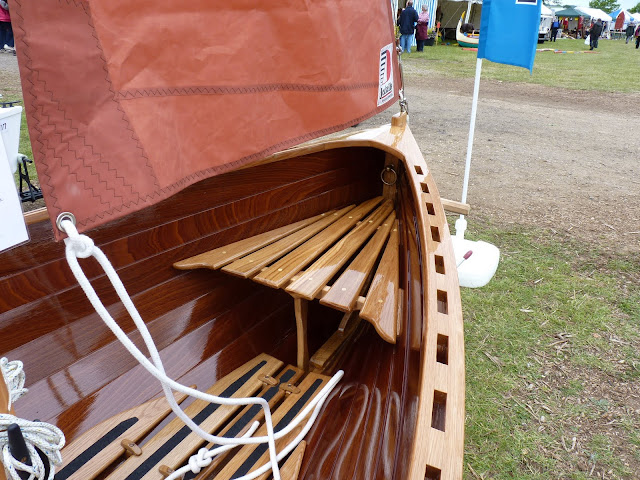 We decided to co-opt him into the HBBR as he's a kind of handy guy to have around.
Congratulations to John for a well deserved win.
HBBR member Peter Martin also won an award for
"The Most Innovative Home-Made  Boat" 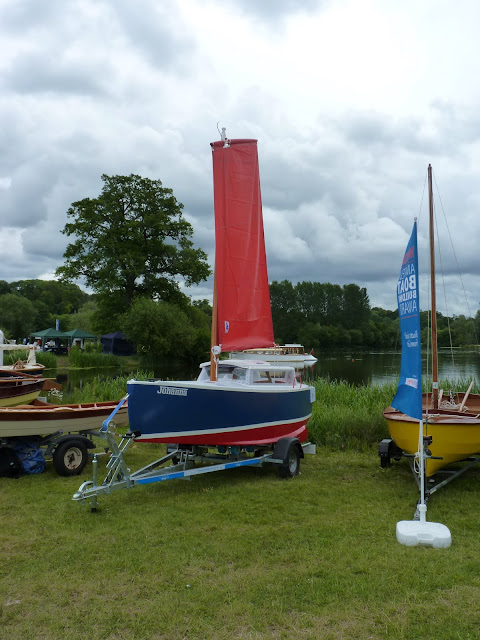 Peter's boat is a Paradox micro cruiser, designed by Matt Leyden.
It is finished to a very high standard. personally I think the paradox is a matter of taste, but they are serious sea boats capable of epic journeys, and you can sail them in your slippers.
Read about Peter's build and see more photo's here. here Johanna.
Also in the competition was Paul Hadley's  Illusion, based on Matt Leydens tiny Elusion. 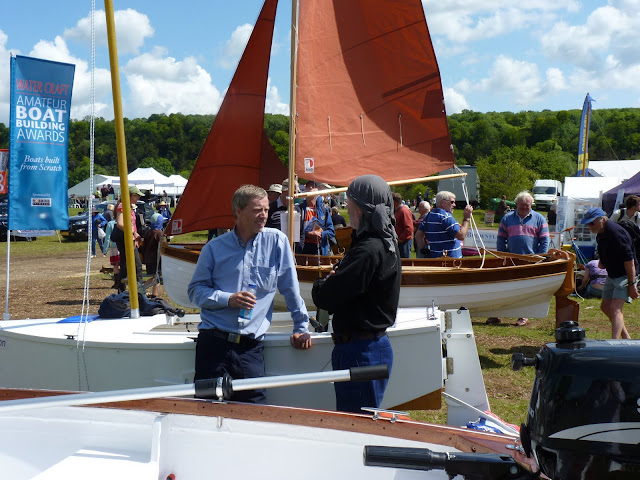 sadly not a winner, Paul did row and sail her on the Thames Raid and deserves a medal for determination.  Here's Paul on the left chatting to Cee Dubbs.
This year there was a new category for kit-built boats. I entered The Coot as she was going to be there for the Thames Raid anyway, and as a cheapskate I'll do anything for three days free entry to the show. 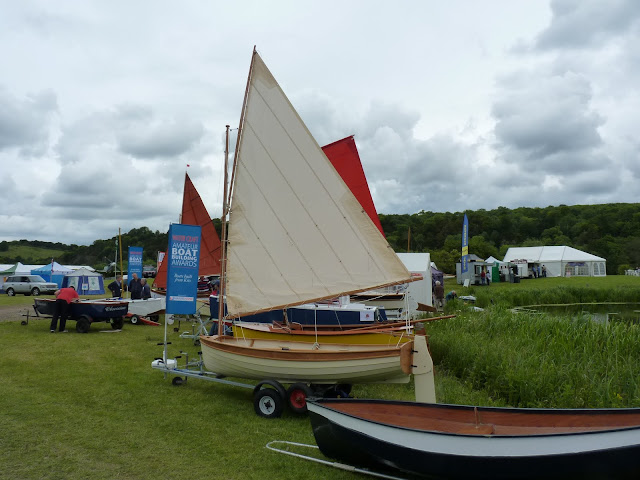 So here she is with her fellow competitors either side. Farthest a Selway-Fisher Cegall kit by Seabird Boats and nearest the camera a Selway-Fisher Northumbrian Coble plank kit by Alex Jordan.
And I am very very pleased to announce that my little boat won the section.
I am truly Chuffed to Bits.
More details of the Cordless Canoe Challenge, and the Thames Raid II to follow.
at June 18, 2011 1 comment: 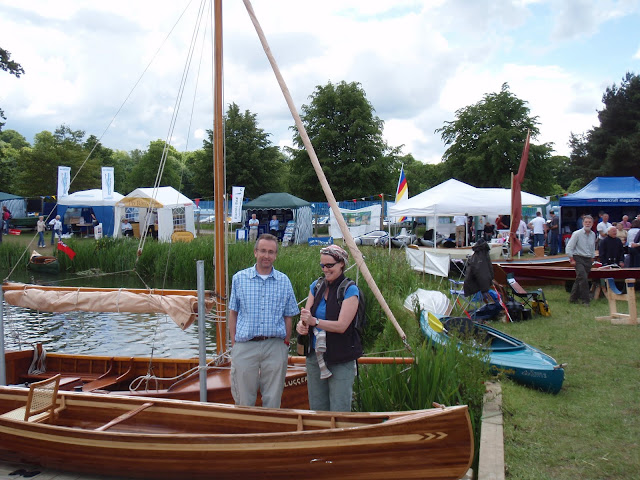 The Coot is entered into the WaterCraft Amateur Boat Building Awards. If only to ensure free entry to the show for the three days.
HBBR are having an "Advice Tent", should be a laugh if nothing else, and somewhere to shelter from the rain!
On Sunday we are leaving on Thames Raid II
a five day trip down the river, finishing at Marlow on Friday.
All round the country last minute preparations are being made, including some boats which aren't actually finished yet.
Originally I was planning to take Katie Beardie, but I gave up all hope of getting her finished in time a few weeks ago so she is sulking in the garage while Coot is looking forwards to her holidays. 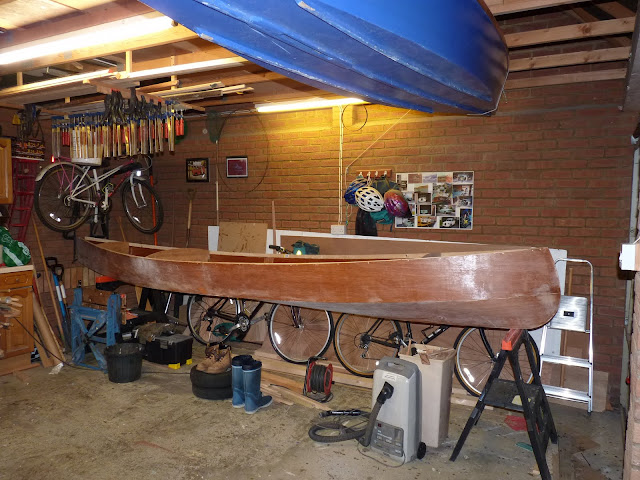 I should be back in about ten days with tales of adventure. Until then here's some entertainment.
When I'm out travelling the highways and byways of rural England how come I never come across a pair of lovelies like these who seem to travel prepared for any eventuality. 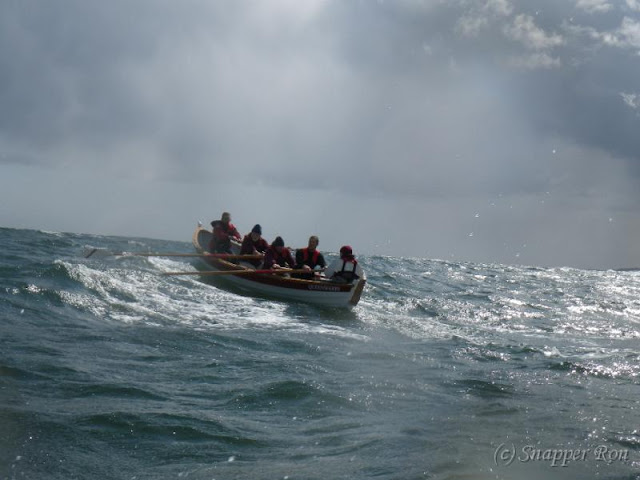 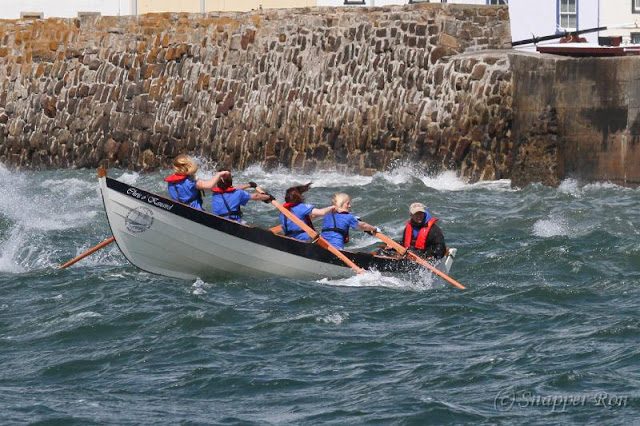 Fife is where Alex Jordan has his home and business, and it was here at the Scottish Fisheries Museum in Anstruther, that he conceived the plan to start the Scottish Coastal Rowing Project.
It is peculiar to the people of Anstruther that they pronounce it Ainster.
But that's Fifers for you. 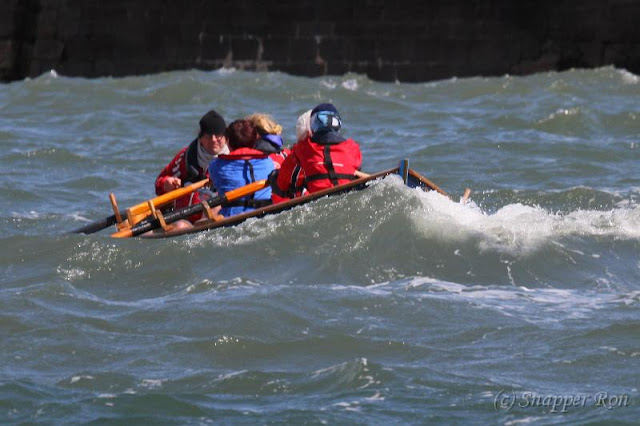 You can keep your Californian Girls, give me some of those Fay Fifers any day.
These brilliant photos were taken by Snapper Ron,
AKA Ron Wallace who was one of the umpires at this years Anstruther Regatta.
you can see more of his photos here .
Snapper Ron
Eyemouth is further south, across the Firth of Forth, and it is dear to my heart as we used to spend our holidays there before mum and dad discovered England.
You can also see a short TV clip featuring Alec Jordan, and Eyemouth here.
enjoy.
Anstruther and Eyemouth.
at June 06, 2011 No comments: