Its Happened again! There I was settling down for a good snooze after my Christmas Lunch and suddenly its the middle of March! 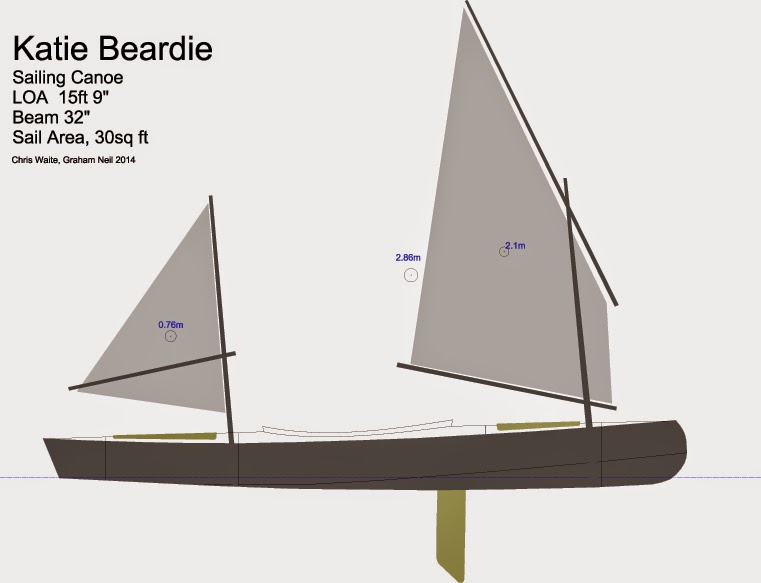 Easter is early this year and so is the start of the HBBR season. We are heading back to Barton Turf on The Broads at the end of April which I'm looking forward to. We'll be in the company of the Open Canoe Sailing Group which will be interesting and I'm wondering what they'll make of Katie Beardie.  Of course the answer to that is "not much" unless she gets a new set of sails.
A quick rifle round the rafters in the garage unearthed a sail I'd forgotten I'd made, quel surprize! and confirmed that I must've given the mast away with Polythene Pam.

I've now put an APB out round the HBBR for any old windsurfer masts I could use as spars, and I'll be getting the carpet tape and  grommets out soon to make the mizzen.

The latest thinking is top have a smaller Main-Sail with a shorter foot which keeps the boom out of my face, but keep the high aspect to catch some Broads breeze above the reeds. The Sprit Mizzen will feature the new BrailoMatic system if CW and I can make it work.

I can report that at least four old windsurfer masts have been tracked down all be it at quite a distance away, and not all in the same direction.  there are also a couple near at hand on a well known on-line auction site so I my make a cheeky bid.
.
Prior to my casual glance at the calender, and the ensuing panic, I had stopped work on Slack Alice and brought the Coot in from the cold, stripped of all her hardware, and started to rub down her bright-work before re-coating.  I say re-coat rather than varnish or paint as the jury is still out on what finish will be applied. All I can say is I'm really beginning to hate varnish.

And what of Alice? Well I'm really coming at that one twice around the houses. Having made the full-size half-model I now have a set of templates from which the proper planks could be simply copied. However I want to make a set of plans and instructions for Alice, because sometimes life seems so easy you just have to make things more difficult for yourself. So out with the old etch-a-sketch and here is a preview of what I'm aiming at. 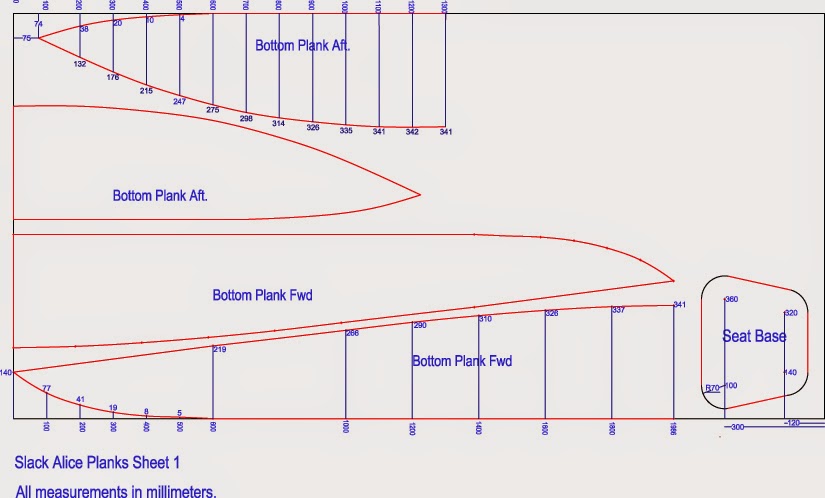 Dear Doctor,
I appear to be suffering from a strange affliction, can you help me please? 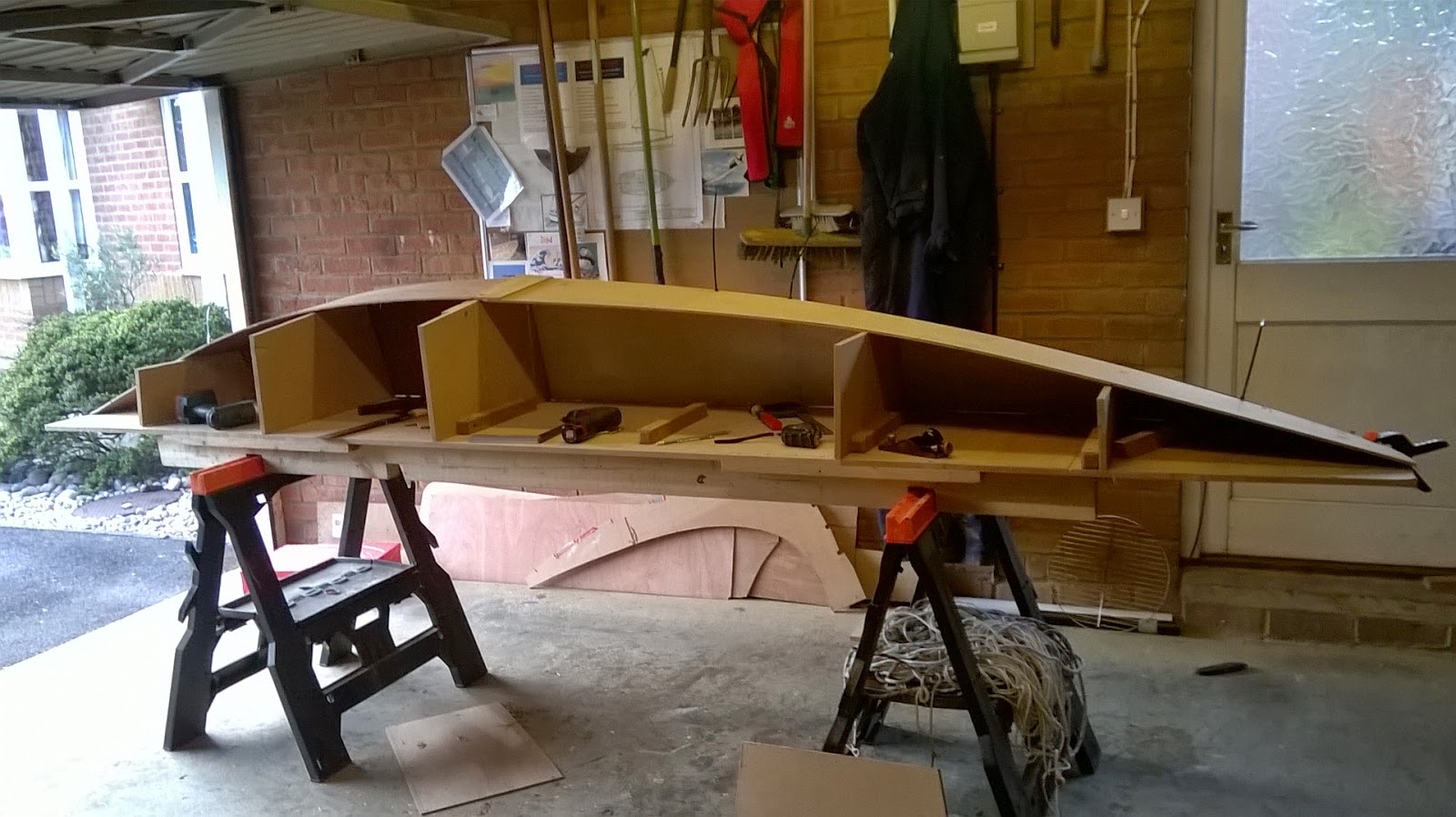 On several occasions recently I have found myself standing in my garage swearing at inanimate objects. It started with a strange collection of items which had mysteriously gathered there. A dead car battery, Random bits of ply, a bag of compost, a couple of child seats and any number of bikes. I swore at them very loudly but they refused to budge.
Then after a few days an enormous slab of MDF appeared, I swore at it too but it wouldn’t listen to a word I said so I chopped it up.

The next thing I knew I was shouting at my pencil. Well I would have shouted at it if it had shown its pointy little stick-like face long enough, but in its absence I was forced to shout at the memory of a pencil. Not a real pencil, just an accusation of a pencil.
When it did turn up it was broken, and every time I whittled it to a point, it snapped. 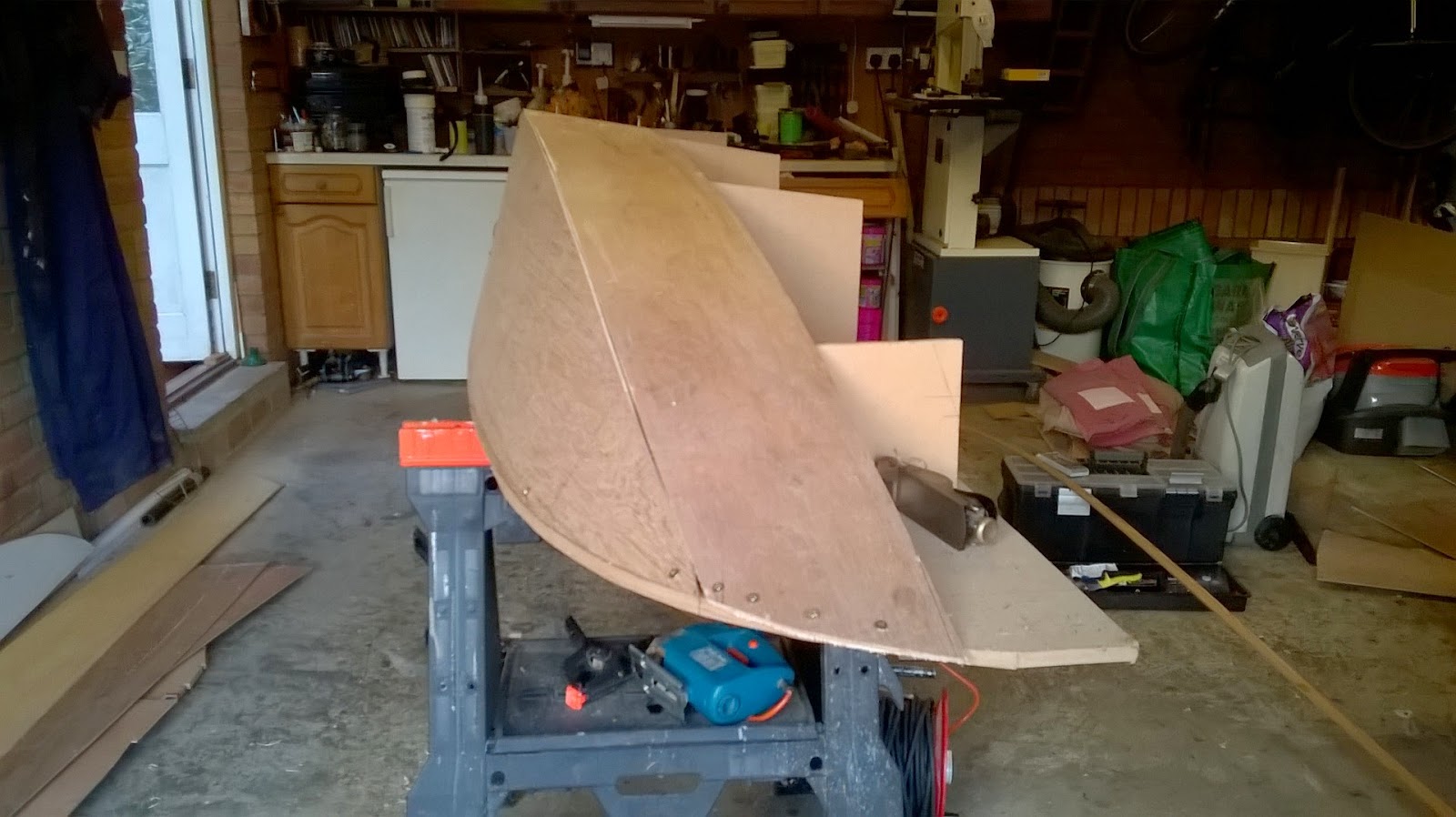 I do not know what makes me go out there. I’m sitting cosy and snug watching Homes Under The Hammer and the next thing I know I’m Out There, freezing my nadgers off.
I’m getting seriously worried now, the latest episode has involved sharp instruments and torture.

Some of my ply bits are keepsakes, reminders, fragments of memories, remnants of loves lost. Some are from an unmentionable episode during the early days of Katie Beardie.  There are some dating all the way back to sweet Caitlin, ( be still by beating heart) with her sensuous curves. I know I saw a shard of Polythene Pam, which pierced my heart like a stilletto.
Now I've began to wrap them round the MDF in a sordid contortion of an embrace which seems to cause loud grunting sounds and more swearing.
I’m really not sure where this will end! 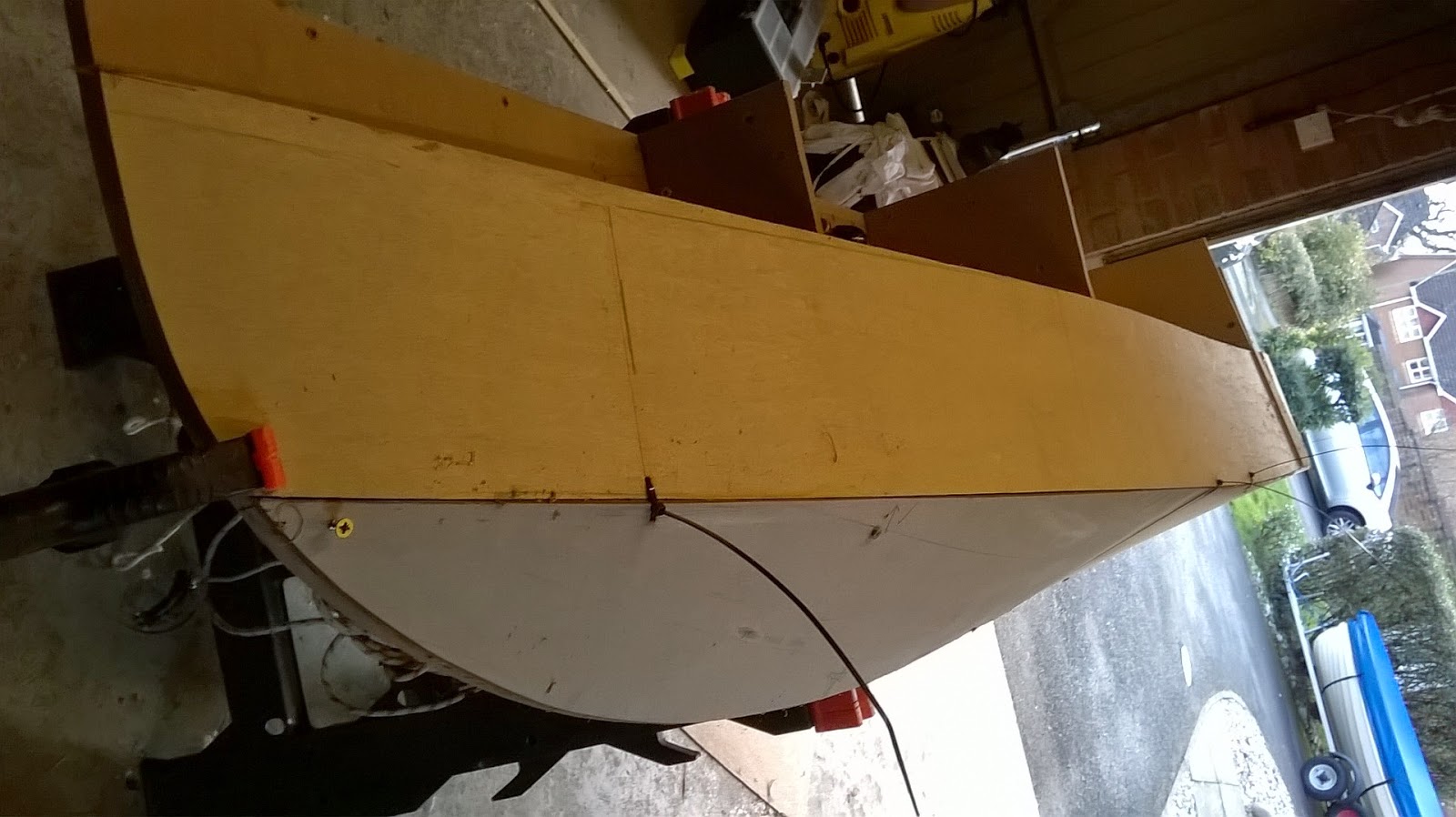 I’m getting these sudden urges to go out and buy whole sheets of pristine plywood and swear at it.
I don’t like doing things by halves.