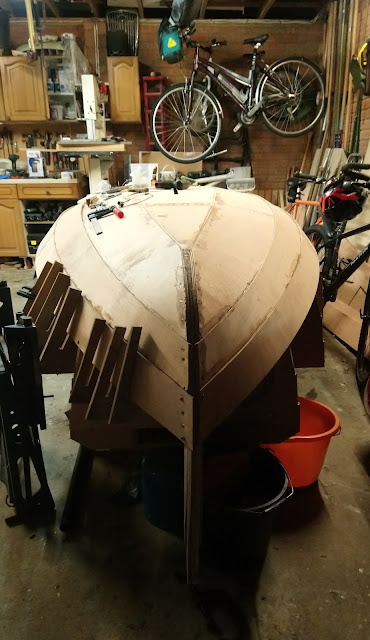 Work on the Morbic 12 has been somewhat sporadic, mainly due to a lack of diligence on the part of the builder, but as you can see some progress has been made.
She's coming along and the kit seems to go together pretty well with any small gaps and misalignments being down to the kack-handedness of the builder. It'll all look great once I've sprinkled some fairy dust over it.
They say a proficient builder should manage a pair of planks per day, I'm making a rate of approx. one  pair per week, mainly due to the infinite number of distractions which seem to present themselves on a daily basis.

Three more pairs to go.
Right way up by Christmas?

Don't count on it.

The van has been off to Southcoastcamperconversions
where Brian has worked his magic.
The roof has been chopped off and a Reimo pop top complete with double bunk fitted. 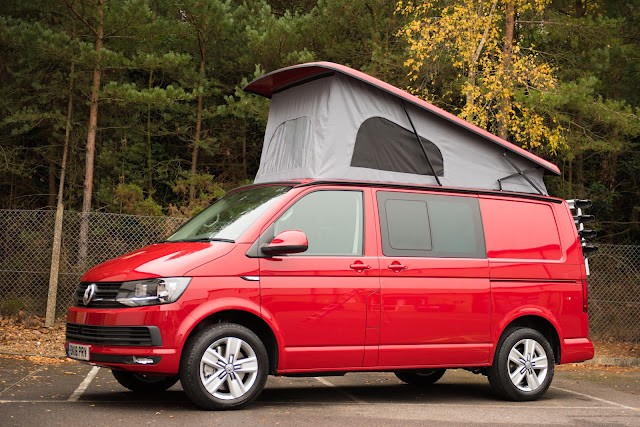 Inside, the front seats have been converted to Captain's Chairs and now swivel round to face the rear seats with a wee table to rest your tinny on, there's a Webasto diesel heater under the drivers seat  to keep us toasty on cool evenings and a leisure battery and split charger under the passenger's seat. 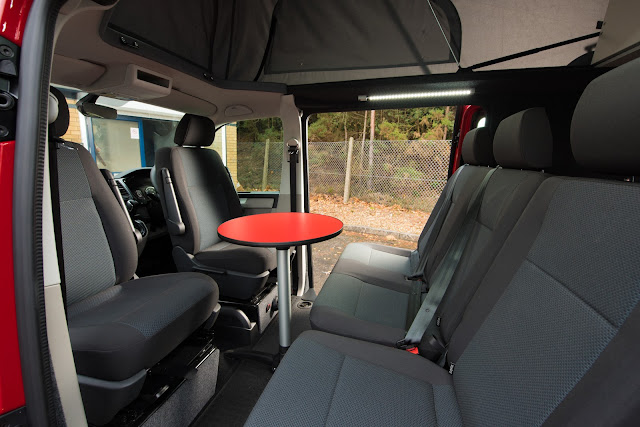 The rear trim cards have been chucked and the whole thing insulated and carpet lined. Some LED lighting has been added and a 240volt hook-up installed to help run the cool-box. 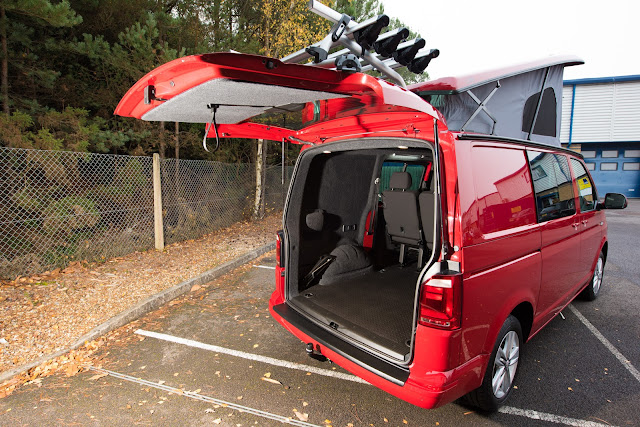 The van came with twin sliders so we've fitted two multi-rails so that an awning can be attached on either side.
A tow bar, uprated gas struts for the tailgate and a 4 bike rack complete the package.

Eventually we might fit a removable camp kitchen in the back but for now we'll use our camping gear.

The reason for going this route rather than a full camper conversion was to create a multi purpose vehicle which could be used for camping and day trips with the bikes and/or boat
and still retain the three rear seats which have isofix fittings for the grandkids car seats.

I can still use it as my everyday vehicle doing runs to the tip etc and it fits in a normal supermarket parking bay.

I'm very impressed with the standard of work carried out by Brian, Joe and Alison and can highly recommend them.
They took these photos for their web site and I've shamelessly lifted them.
I'm as happy as a dug wi' twa tails.

The Muddy Boys have been out enjoying the cooler weather during a tour of the Bridges and Bye-ways of Hampshire which turned into a Puncturathon (thanks Paul).

Who knew there were so many different sizes of inner tube and valves? 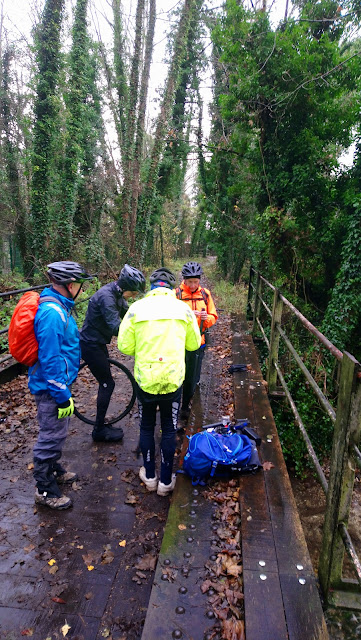 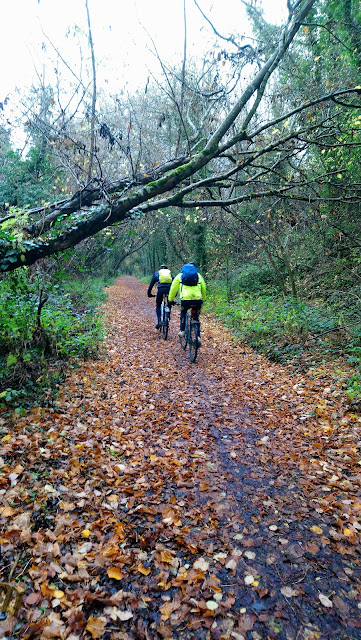 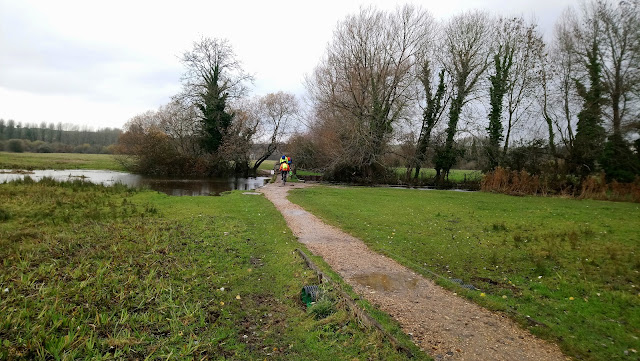 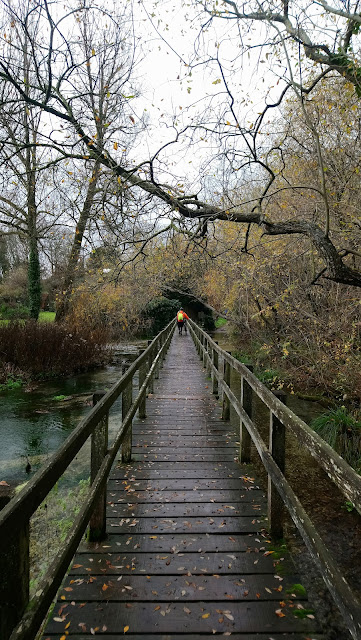 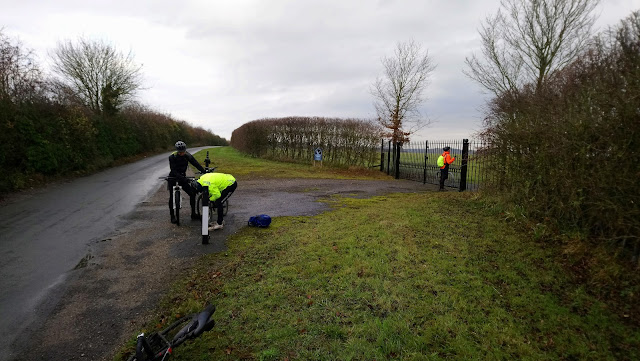 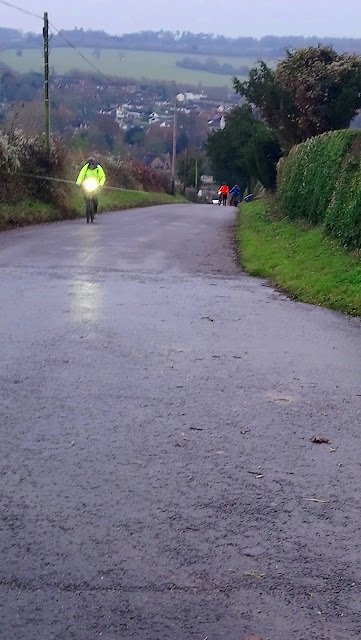