My good friend Cee Dubbs is nudging my elbow encouraging me to give an update on Katie Beardie. This may be because the designer is keen to see how this builder is interpreting his creation, but its also because, as first mate and chief medical officer he's trying to get a line on-board and tow me out of the doldrums.
Suffice to say that life on the domestic front continues to be what you might call challenging with little prospect of improvement, which has left little time for boat work and even less emotional energy to write about it.  I do appreciate the sentiment though, so here, dear reader, is the latest on Katie.

I have found a little time over the last few weeks and so some progress has been made, but I must admit its been a bit sporadic and a bit like a military two-step, two forward and one back,and that's on a good day. Looking back I'm really not sure why I did things in the order I did or even why I did them at all but I'm sure I had a good reason at the time. I know I didn't have a plan.
I decided from the off that this boat should have some buoyancy built in, and fixed, solid buoyancy at that, not that pneumatic kind which has a habit of escaping at the precise moment you need it. I did some experimenting with expanding foam, thinking that it would be easier but quickly gave up the idea once I realised that even with foam which will expand to ten times its original volume it would take a truck load of cans and an empty bank balance to achieve my ends.
The theory here is to have enough buoyancy to keep me and the boat safe, thereby increasing my confidence, making me less twitchy and more relaxed thereby reducing the likelihood of a mishap in the first place. However when the inevitable does happen and I take a tumble there will be enough buoyancy to keep me afloat.  Well it makes sense to me.


Its worth remembering that if this was to happen while in full expedition mode the holds will be full of camping gear significantly increasing the all up weight of the boat.


I've deliberately kept the cockpit relatively small so that she will hold less water when  swamped.  I am quite glad to give up any suggestion I might want to sleep on board as I'm sure that with such a narrow beam the result would be vomit inducing. A nice firm bed on the cold hard ground is more my thing. 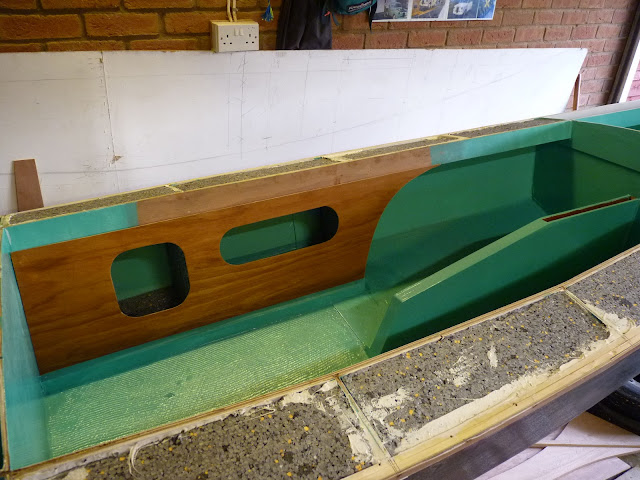 So the hull is split into five sections. The central cockpit, two luggage holds with hatches fore and aft, and an area of fixed buoyancy at each end.
With the hatches on and watertight there will be enough buoyancy to keep the boat afloat fully laden with the crew aboard and the cockpit swamped. Should one or both of the hatches be breached then It may not support my weight but at least I'll have something to cling on to. 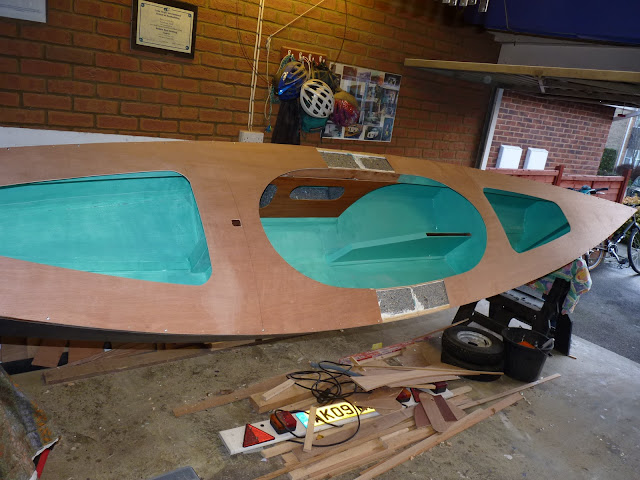 The additional floatation in the cockpit, under the side decks, is there to provide a little additional support when trying to get back in after a spill.  Some folks will say that you shouldn't have buoyancy so high up as it makes it difficult to right the boat if it turns turtle. This is probably true for a broad beamed dinghy but I don't think it will be an issue on such a narrow waterline, and I'm hoping it will in fact add some extra stability. We shall see during the capsize trials (!)


You will no-doubt be admiring the cave lockers I have designed in. Once you are sitting in this type of boat it is damn near impossible to move around, so you'd better have all those little things you'll need close at hand. Drinks, snacks, bailer, waterproof bag with camera etc.


I was going for a clean cut, Swedish furniture store look but I think I achieved 1970's  Austin Allegro interior trim instead.  The Allegro, was actually quite a good little car but will forever be remembered as the only production vehicle ever sold with a square steering wheel.


Next time, that damned coaming. 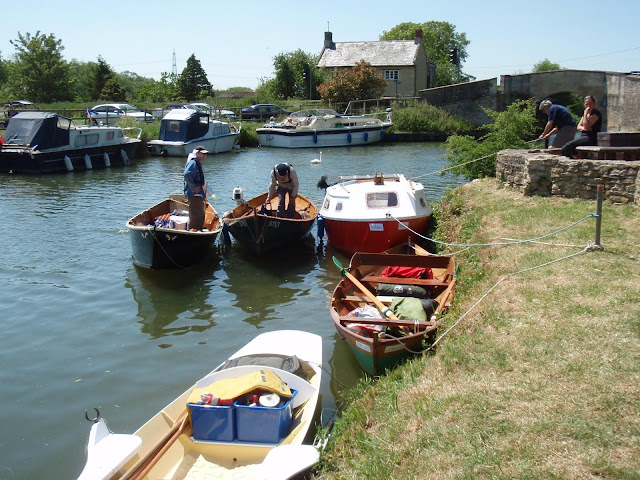 Now that the consumer-fest disguised as pagan/quasi-religious festival is well and truly over and  Santa's baubles have been wrapped up in tissue and stashed away in the attic for another year, there isn't much left to brighten these dark and dreary January days.

Traditionally, when people still had money or at least credit cards, this was the season to book your holidays. A couple of weeks in Costa del Sangria in July to look forward to. Just the thing to dispel the January blues.

The forums have been quiet for a few weeks, but now there are stirrings. People are getting restless, making plans, there is loose talk of weekends on the water, and even longer trips down stream.

Over in West Sussex in the shadow of mighty Arundel Castle, Cee Dubbs is beavering away on his latest creation, a 12' version of his Premis.

In Oxfordshire not a cock-horse ride from Banbury Cross, Timmo is converting his ideas into something more solid.

I hear word that over in The Cotswolds timber is being sawn and plans bought for a strip plank canoe.

And down a Devonshire lane one of Francois Vivier's prettiest designs is well under way.

There has even been some activity on Katie Beardie at Port-Na-Storm today.

At least five new boats, and there may be more, together with a few regulars, and at least one first timer from overseas, all intending to take part in the 2012 Thames Raid.

This year we are re-visiting the upper reaches from Lechlade to Pangbourne, to arrive in time for, and possibly even take part in,  the Beale Park Boat Show.

There's nothing like the anticipation of a trip in good company, to brighten up a drab winters' day. 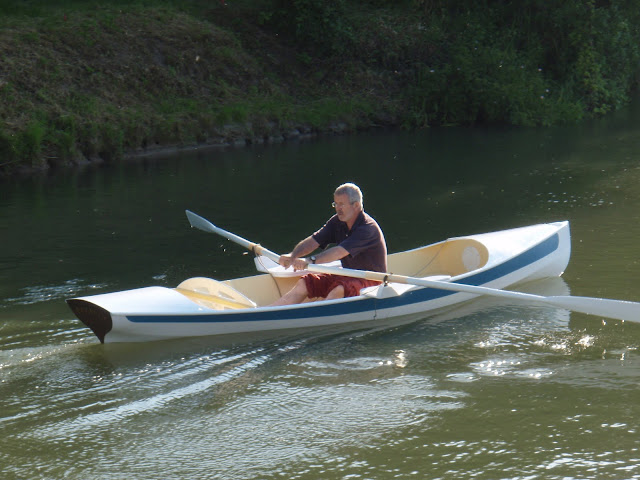