Stay The F*ck At Home. 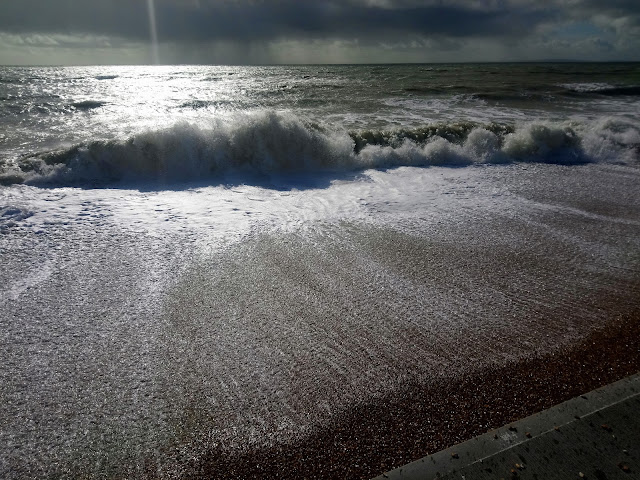 One day, in the not too distant future, all this will be over.

Until the next virus comes along, let's hope we are a bit more prepared for it next time.
Given the quality of the political leadership across the world I very much doubt it.

Having spent a great deal of last year travelling and having fun it looks as though we are all going to be seeing an awful lot of our own back gardens this year.
We are one week into the initial three week lockdown but no one who is actually awake thinks it'll be over in less than three months and today the Deputy Chief Medical Officer is talking in terms of six months before the UK returns to normal.

When it does get back to normal there's going to be adventuring to be done,
So how's the boat coming on then Grum?

Looking Back, the last time I posted about the boat on here I was well on with the planking. 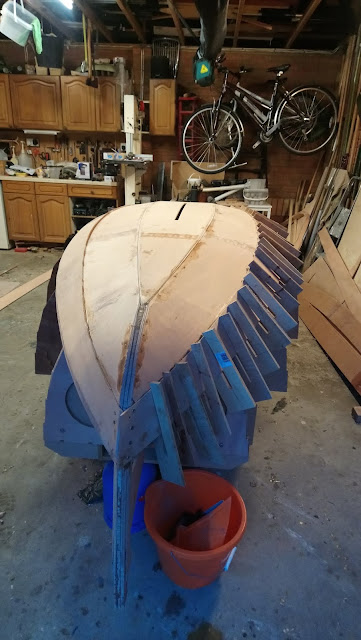 By Christmas, '19 I had the last plank on and was celebrating with a wee toddy. 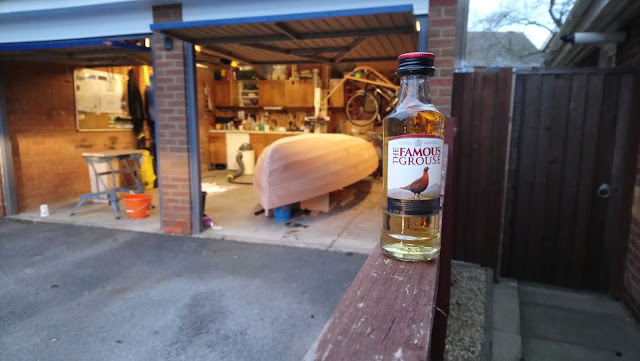 To say everything went smoothly would be economical with the truth. As usual there was a fair bit of sweat, a little bit of foul language but not too much blood this time. 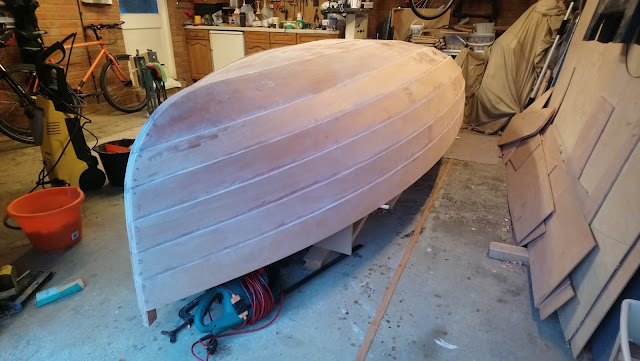 The planks pretty much landed where they were supposed to, hit the moulds and bulkheads more or less and the hull seems pretty fair.
But then I am wearing my varifocals more and more these days which means no line is ever straight and everything goes out of focus at about six feet (2m).

Somewhere along the way there was an outer stem and a skeg.
Sorry for the lack of photographs.

Sometime around October, after the holiday season had ended I got back in the garage.

I decided to paint the hull before I turned it over.
The rational being that it was easier to do this while it was wrong way up, which is true, but of course there is no way she's not going to need another couple of coats once I've stopped using her as a handy bicycle rack. 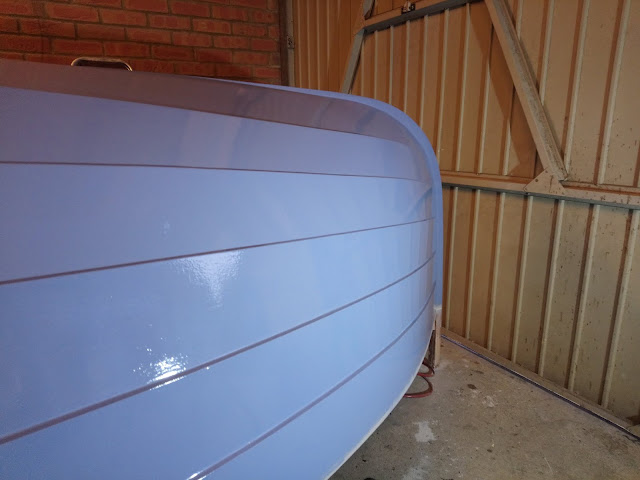 The problem is partly due to the almost infinite possibilities provided by using Jotun's Easy Gloss which is mixed to your choice of colour provided you can supply them with the right colour codes.

I mocked up the colour scheme on Photo Shop. 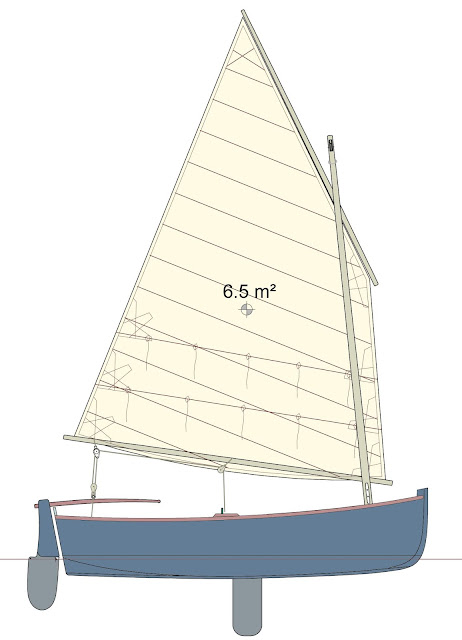 It isn't exactly accurate but you get the idea.
Before any eagle eyed Vivier fan writes in this is an image of the Morbic 11 not the 12, but its close enough for Jazz. 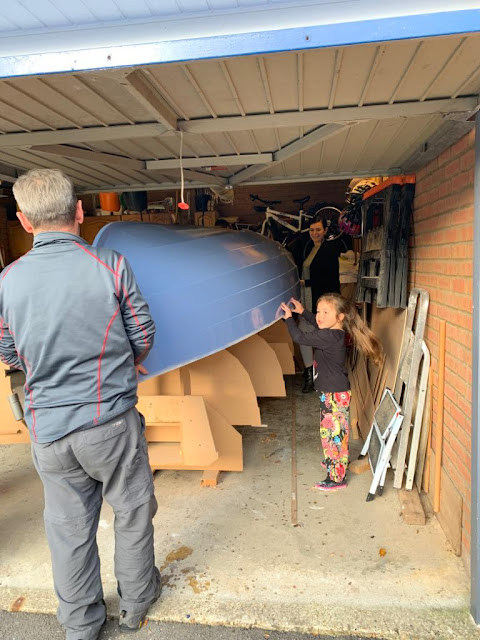 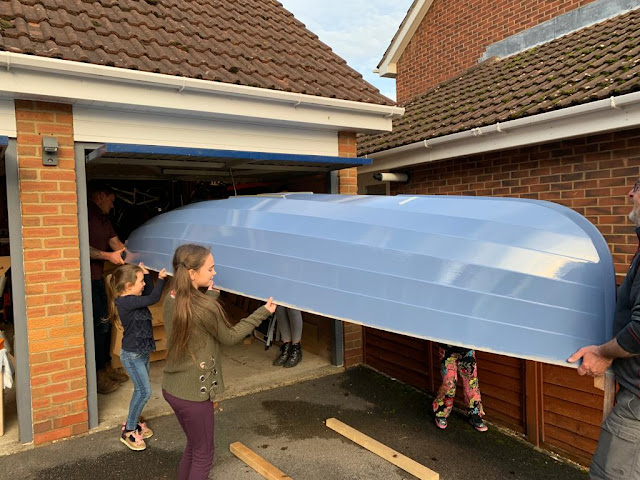 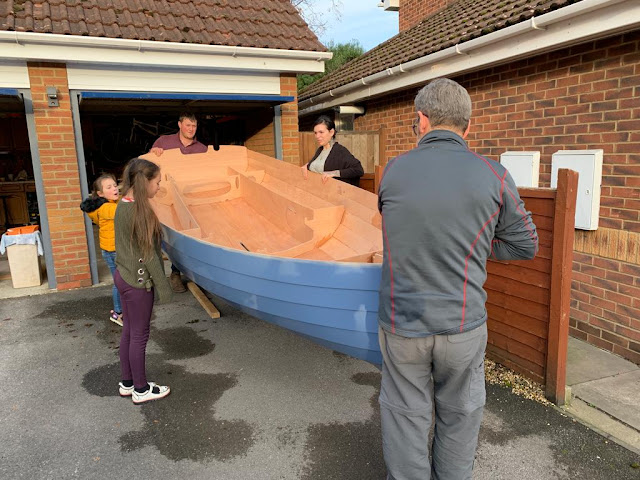 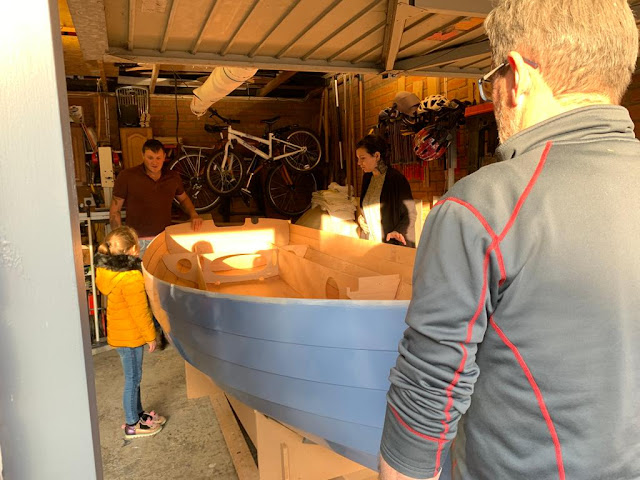 And hey presto she's over and back on her cradle ready for fitting out.

Don't know who that old bloke with the grey hair is though?

Next time we go off piste.

Meanwhile everyone please stay safe, and most of all please

Stay The Fuck at Home. 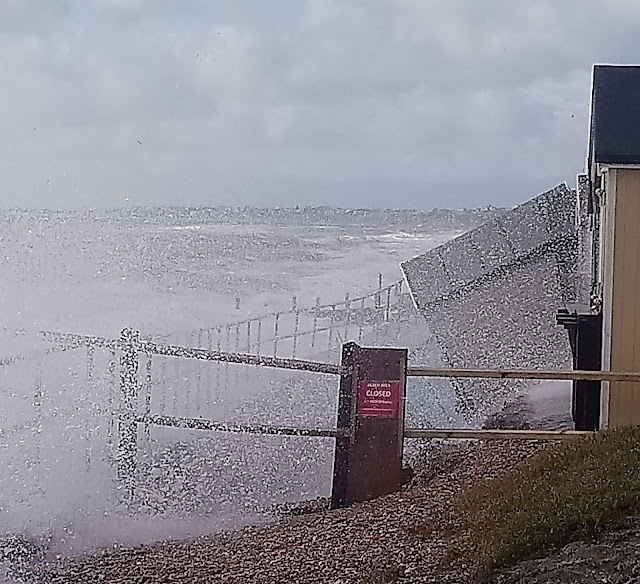 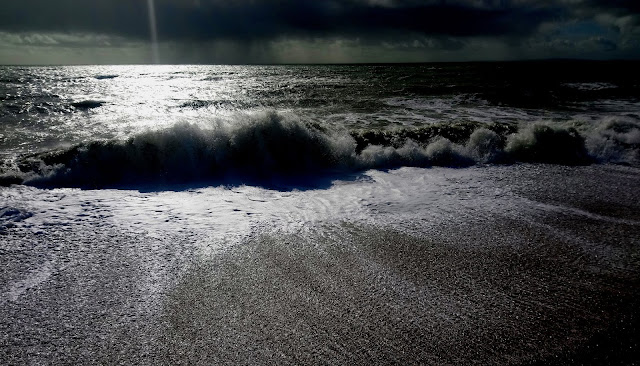