Cold enough to freeze your rollocks off. 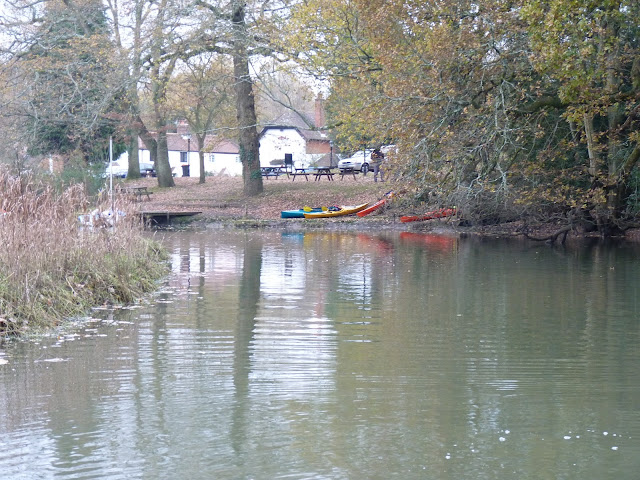 Winter has set in to most of the UK a bit earlier than normal this year. Cold winds from Russia and Scandinavia are blowing down from the north bringing heavy snow showers and the usual chaos.


The Dinghy Cruising Association are a veritable bunch who like to get out and enjoy themselves whatever the weather so they have a programme of rallies right through the winter, and this weekend they had planned an outing to the Horse & Jockey Pub at the tidal limit of the Hamble.


A few of the HBBR members are also DCA members so it was a loose gaggle of both groups who gathered at Swanwick Hard on Saturday morning.  The temperature was around 0 centigrade and that's where it stayed all day.  Unfortunately the overnight forecast of snow didn't transpire as that would have brightened things up a bit.


Standing around rigging at the hard was a bit on the chilly side but once away the row up under the three bridges warmed us up.


Cliff and Len from the DCA had their dinghies, Gavin had his Solway Dory sailing canoe, while   Cee Dubbs brought Octavia his rowing Skiff, and Paul H  brought his Illusion development platform  http://tales-of-illusion.blogspot.com/2010/10/design-plans-for-illusion.html

Once above the bridges I got the sail up and had a nice wee sail once I'd sorted myself out. Tiller under the horse AGAIN! must pay more attention, then I had a Cobnor moment when I got too close to a muddy lea shore, AGAIN!  I'd just got going after that when the phone in my pocket started to ring, almost no one has my number so I thought it might be urgent, so I ignored it, but when it rung again soon afterwards I went diving round all my various pockets and eventually found it, just as it rung off. I looked at the missed call list, Paul H ! 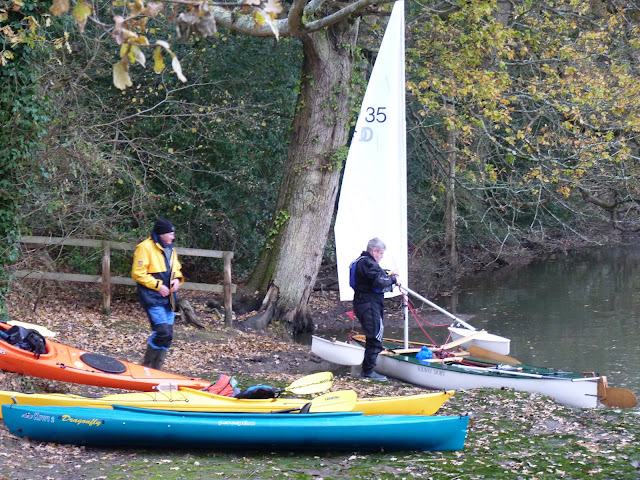 We were joined at the pub by Phil and Jo in their kayaks, and a jolly convivial time was had by all. 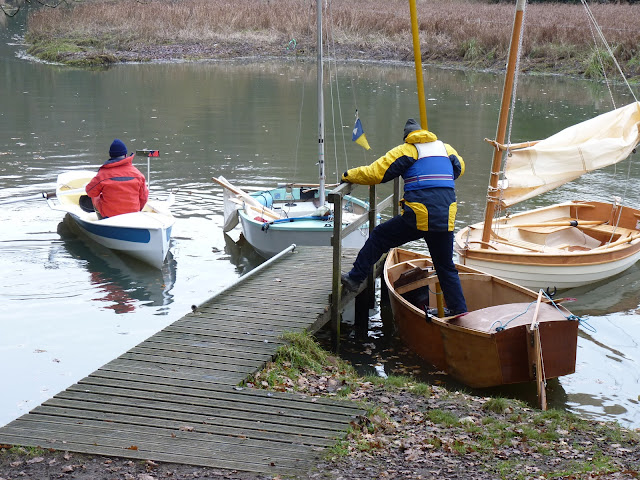 Once I'd rowed down the narrow twisty section of the river to where it opens out I got the sail up again and managed to keep up with Paul H and his electric oars but once round the next bend  the wind died to a whisper so it was out with the oars again. 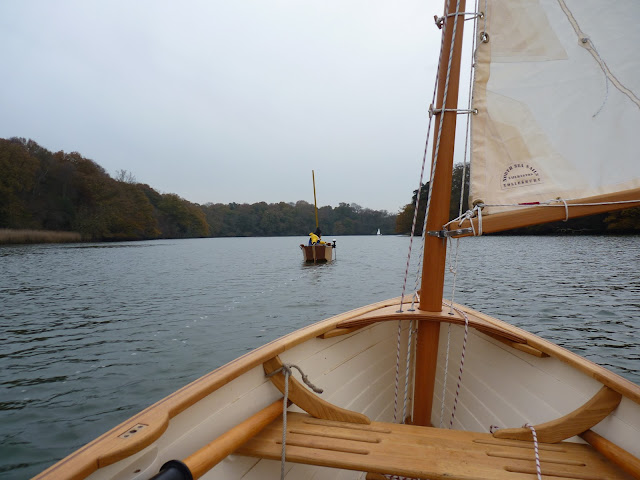 Chris Partridge fellow HBBR stalwart and rowing fanatic had brought the Langston Cutters' huge Solent Galley " Bembridge" up to a beach nearby so that the Hamble Rowers could all have a go, so I had the ignominy of having to row past that lot of experts as I wiggled from side to side and caught crabs galore.


A little bit farther on I managed a nice sail again until the bridges came into view, then it was back to this facing backwards and rowing  malarky.  I'd done all my homework and checked I had enough "Air Draft".  I hadn't calculated for the reduced headroom on the railway bridge due to scaffolding but thankfully Phil. had caught up by then and he held back giving me the nod that he thought it looked o.k.  Bursledon road bridge is even lower and is arched so going through the middle is fairly important, thanks again to Phil for keeping me right,  no left a bit , no right.  He reckoned I had about four feet to spare, which sounds a lot but doesn't look it when your looking up over your shoulder and the breeze and current are taking you down onto the bridge.


Safely back there was the usual confusion of boats, trailers, vehicles, and general milling around in the rapidly fading light. 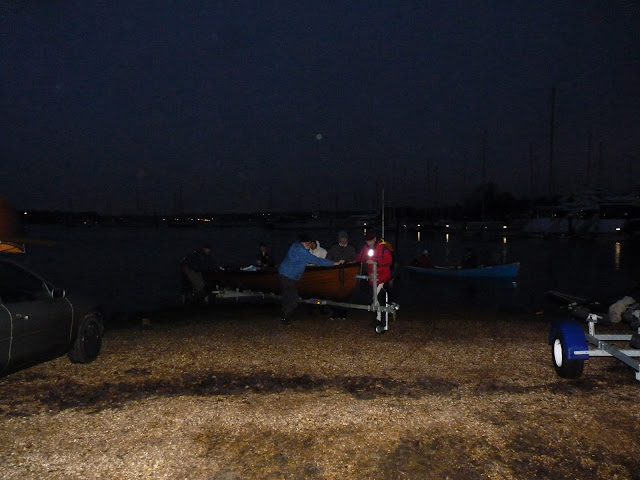 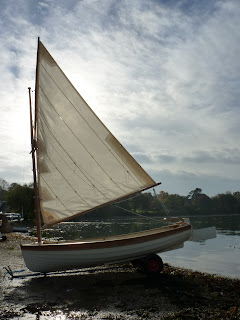 As well as filming Cee Dubbs prototyping his latest project I managed to get out for a sail, well a drift around, before we headed to the pub.
Lots more Photos on the Wolstenholme Coot page.
We were ostensibly there to see Chris Partridge and his chums row their Solent Galley up to the Horse and Jockey pub. You can read all about it here.
http://rowingforpleasure.blogspot.com/
at November 07, 2010 No comments:

My very good friend Cee Dubbs has been inventing things and designing boats since he was in short trousers.

When we took part in the Thames Raid last year he complained that he never got to see the Kingfishers and other wildlife, because being a rower he was looking backwards, and it had been scared off by the time he could see where it used to be, if you catch my drift.
So he decided it was time to develop a forward facing rowing machine.
Some of the HBBR folks met up at Swanwick Hard yesterday for a gathering, and Cee Dubbs brought along the design platform for his new invention.
You'll see that it isn't quite finished yet , you still have to face backwards, but when  those strings get attached to those pedals......................
Best watched with the sound turned right up!
at November 07, 2010 No comments: