Keep Your Hands Off My Willie 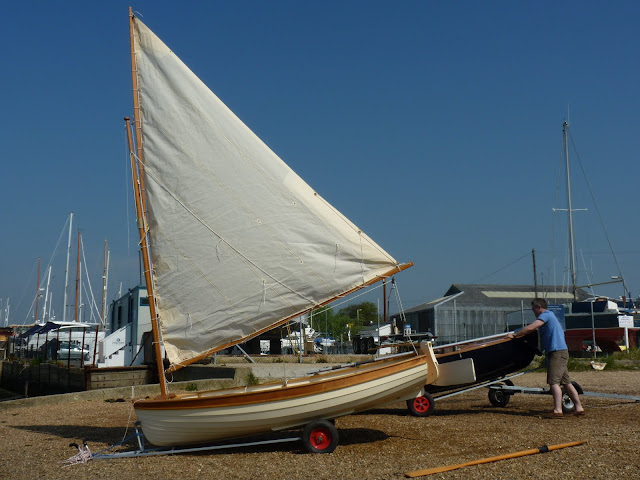 I seem to remember when I was a lad in Scotland it used to snow during the Easter Holidays.
I know Easter is late this year but what fantstic weather.
In fact it was so good I decided to go for a Sail. I needed to take a few more photos of the Coot which was a great excuse and the clear skies and gentle breeze were too good to miss so I headed off down to Swanwick Hard.
Max of Bursledonblog dropped by for a chat but he had to shoot off to work.


I didn't really pay a lot of attention to the chap who was launching his boat beside me, other than to pass the time of day, and I noticed he had a pretty little Scow, which in its various guises is the indigenous boat around the Solent.


The wind was very light and the last of the incoming flood meant conditions were a bit flukey so we traded tacks for a while as we tried to head down river.


I'm happy to say the Coot held her end up well.


When we got back in and started chatting it transpires she is a Paul Fisher Design built by the owners father-in-law who is now on his third!  The standard of build was excellent but as usual i forgot to get any decent photos.

Details of this and loads of other designs on Paul's web page. 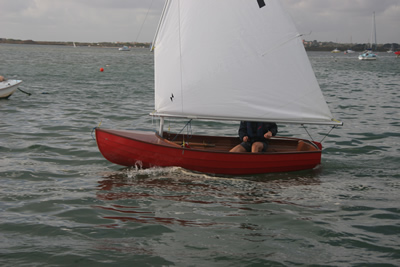