The game is afoot. Or possibly a Coot? 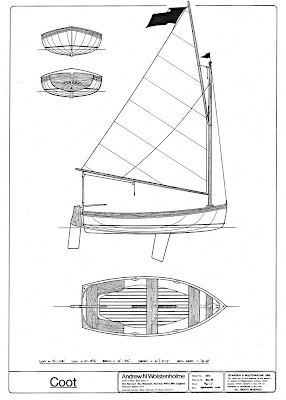 I've sent a cheque off to Andrew Wolstenhome for a set of Coot Plans. This little design ticks all the boxes in my wish list.

She is drop dead gorgeous, at 11ft just the right size for a single-hander like me, easy to handle on and off the water.

I particularly like the rig which Andrew describes as a Cat Gaff. The cat rig has the mast pushed right forward into the bow leaving lots of free space in the boat, The gaff has a proper goose neck and the lazy-jacks act like a topping lift which together keep the yard under control when the rig is dropped. Unlike the balanced lug rig which tends to come clattering down round your ears.

The hull can be built as strip plank, cold moulded or clinker ply. I'll go the clinker route as it doesn't involve nasty epoxy sheathing like strip plank, and cold moulding is just too labour intensive, and oh god all those staples!

So all I have to do now is start clearing the workshop and wait for the big tube to arrive through the post. Excited? Moi! 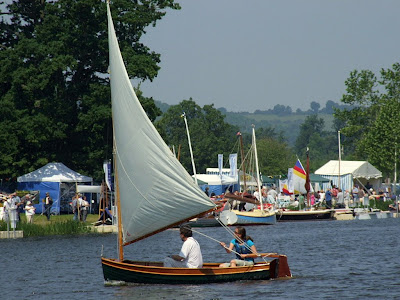 In the meantime here are a couple of pictures of Andrew's own boat at Beale Park, being expertly helmed by his daughter above, and below by Matt Newland of Swallow Boats fame indulging in a bit of Industrial Tourism no-doubt comparing her to his own little Trooper. Both photo's by Chris Perkins. 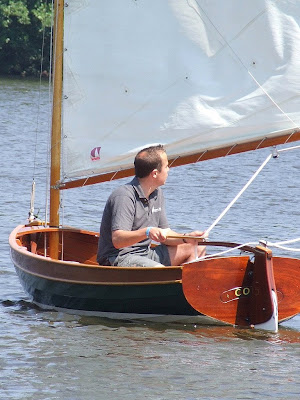 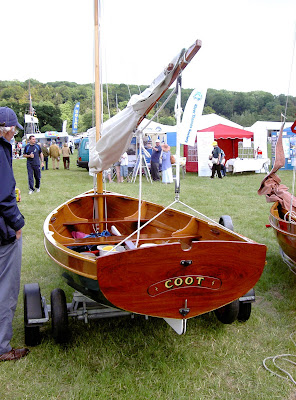 We went to Beale Park boat show at the week-end and had a really great time meeting up with old friends and making some new aquaintances. It really is a great atmosphere, everyone is very friendly helpful and they generally know their stuff so its not a place for blagging.

A couple of months ago there was a really nice photo in Classic Boats of Andrew Wolstenholm's little Coot dinghy, it really has the prettiest sheer and looks great on the water. This was Andrew's own boat which he sails with his daughter. 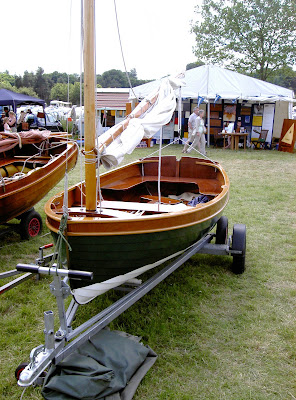 Walking around the Old Gaffers trailer section boats I noticed a similar boat which looked really great. Talking to Chris P he told me this was the very same boat, and I can promise you she looks just as nice in reality and I am truly besotted. 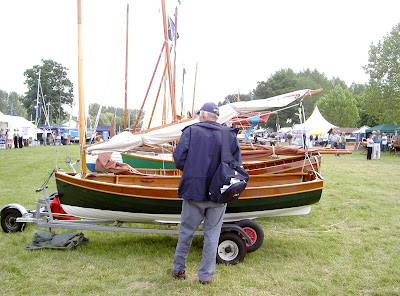 Earlier in the day I'd seen a very pretty dinghy with a swallow emblem sailing on the lake and was informed by Chris P it was a Wolstenholm Swallow. 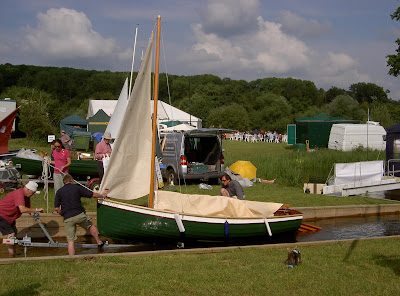 I later watched its owner builder recover her and went over to admire his handy work which Chris P reckoned should have won the competition last year ahead of his own Scotch Mist, praise indeed! Standing chatting as you do I slowly became aware that the other bloke with him was in fact Andrew Wolstenholm himself, who had just had his first sail in a Swallow!

It was Andrew who told me that Alex Jordan was working up a planks kit for the Coot and to have a word. Its that kind of show.

All of this reminded me of a very pretty boat which came to the Cotswold HBBR meeting in Sept '07 called Jackson's Cracker, again a Wolstenholm design this time the Mallard. This little trio of boats are all really pretty but my heart has been stolen by the prettiest of them all. 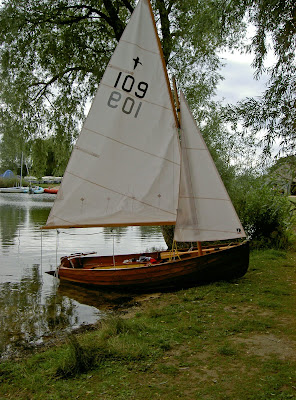